An Investigative Reporter's Journey Through the World of Truth Prevention, Fake News and Conspiracy Theories 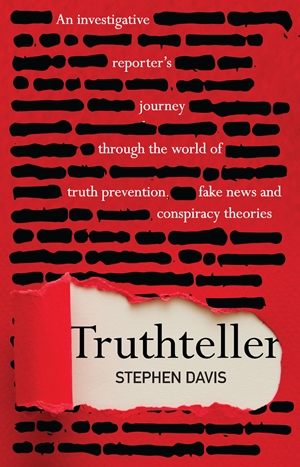 $17.99 / £9.99
Author: Stephen Davis
Format: Paperback / softback, 253 Pages
ISBN: 9781925335897
Publisher: Exisle Publishing
Buy from an Online Retailer
We do not sell books through our website in the UK.
Please use the links below to buy from online retailers
US: